NXC in the Spotlight again ! 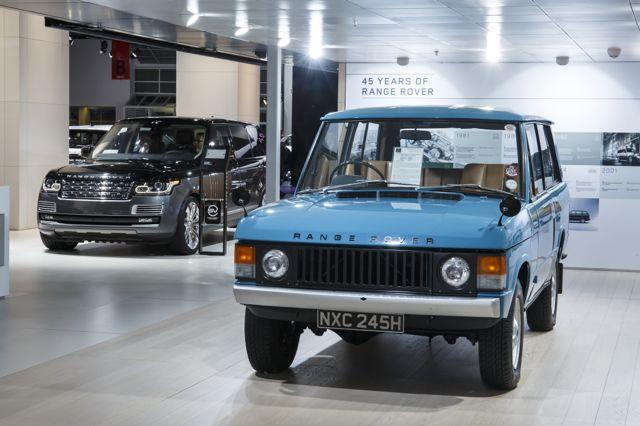 NXC 245H, the 1970 press launch Range Rover we have fettled for the last five or six years, has had a busy summer following its appearance on Quentin Willson's 'The Classic Car Show' earlier in the year. Its latest outing has been at the Frankfurt Motor Show where it was chosen by Jaguar Land Rover for display on their exhibition stand to celebrate the 45th anniversary of the launch of the Range Rover - quite appropriate really, given that the car participated in that launch way back in May and June 1970.